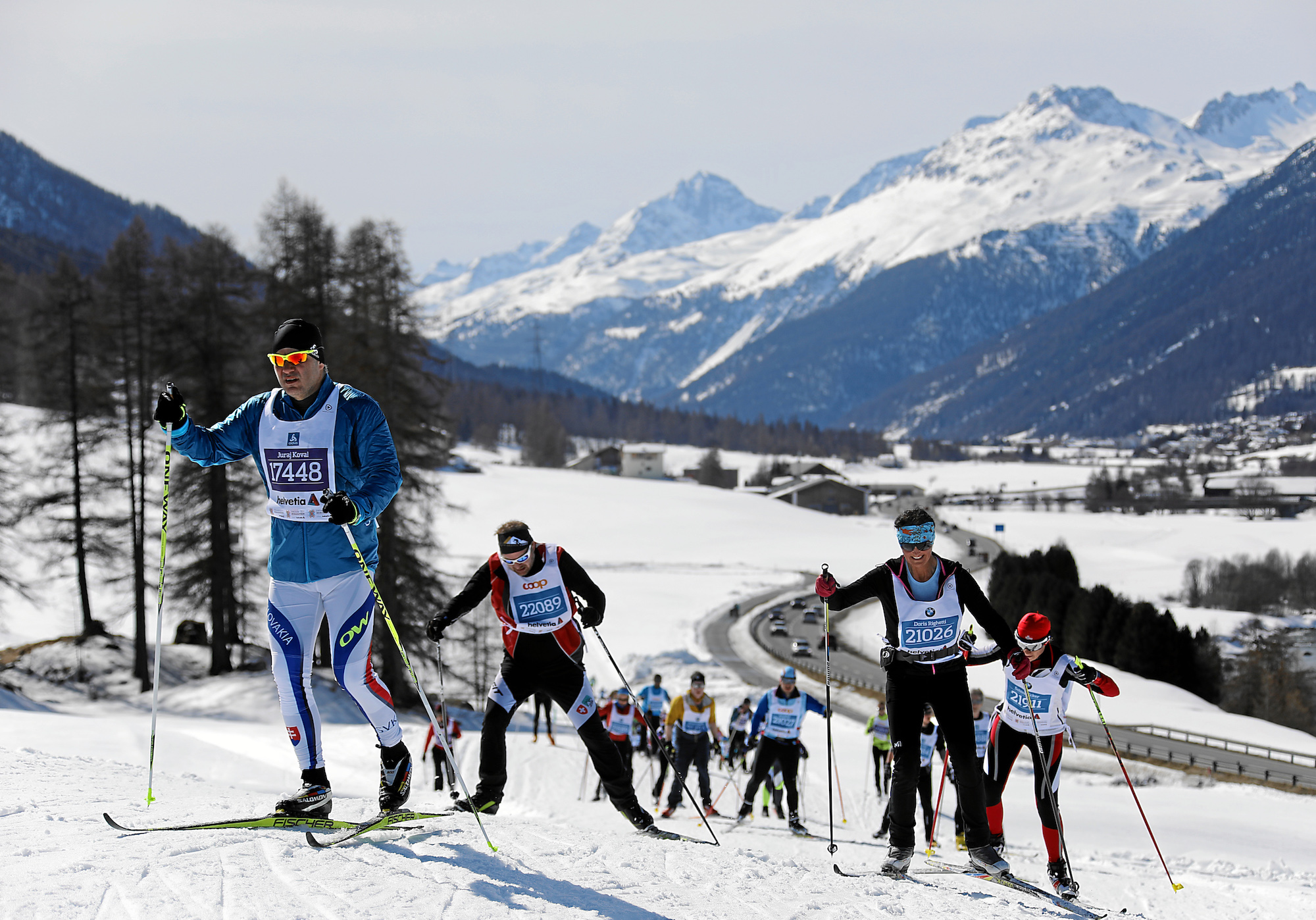 On March 12, 2017 some 13,000 participants took part in the 49th running of the legendary Engadin Skimarathon. In the middle: iRewind. For the first time, YOVEO used new technology at the Engadin Skimarathon. Three cameras at the marathon event and two cameras at the half-marathon event captured a personalized finisher video for each participant completely automatically. At peak times, more than 55 videos per second were rendered, including a short intro video. Helvetia, a large Swiss insurance company, has been the main sponsor for several years. The reason: Very high viewing numbers and associated high performance figures on their own website. This year, the record was broken. More than 43,000 videos were watched in just 3 weeks – the numbers continue to rise. iRewind not only provided the cloud solution, but also ensured smooth production on site. The cooperation with the organizer, the sponsor and the timer, Datasport, ran flawlessly.

Going more into detail in terms of the numbers, one finds that approximately two-thirds of the video views were generated by mobile devices. More than 80% outside Switzerland. It was again confirmed that Switzerland is an Apple country. Over 75% of the mobile users used iDevices. The finisher videos were seamlessly integrated into the Helvetia website using a finisher video widget, so the performance was mirrored on the website of the Swiss insurance company. This reinforced YOVEO’s commitment to the sponsor. A pleasant side effect: The website of the presenting sponsor Helvetia appears at the top of the page rank with a search for “Finisher Video Engadiner” in a search engine.

What are the reasons for this success? Here are the three main reasons:

Just a few years ago, it was a simple video of the finish line. Today there are several cameras as well as an intro video, which is automatically stitched and rendered to a personalized, attractive video. But the format is not the only exciting part. Thanks to the fast production process, the videos were available for the participants quickly after the race. The more than 13,000 personalized videos were available for distribution three hours after the event.

The finisher video widget was tailor-made and was seamlessly integrated into the main sponsor’s website. Each individual visitor was therefore taken to the Helvetia Insurance site. Not intrusive but still with a clear message. In addition, the offer was, along with various print advertisement, pushed via the social media channels of the organizer and the main sponsor, and provided for conversation on the individual channels.

The new iRewind video sharing options were used for the first time. There were various ways to share the videos. By mail, by social push or by means of a download function. So the video widget served as not only a platform to watch videos, but also a multiplier for the further spread of the videos. The resonance on social media was great. This generated further reach.