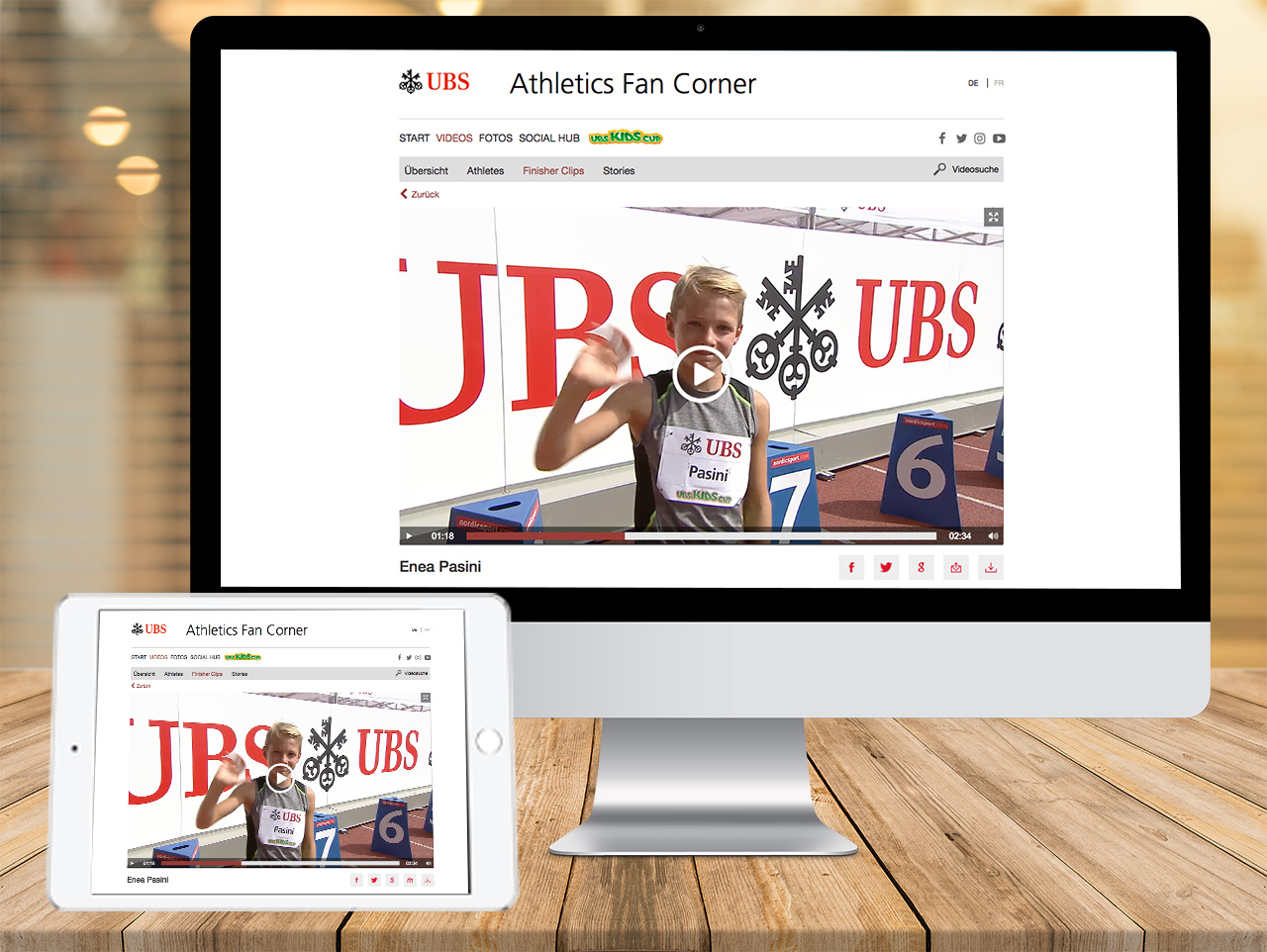 Faster, higher, further: As a title sponsor of the UBS Kids Cup, the leading Swiss bank UBS has been supporting the junior track and field athletes since 2011. Each year, the UBS Kids Cup is home to more than 130’000 competitors between the ages of seven and 15 who compete in more than 850 competitions in 60m sprint, jumping and ball throwing. The personalized finisher clips powered by iRewind are one of the core sponsorship activities of the event series.

Faster than everyone else. Feel like a real star. Or just be part of it. This is the goal of over 130’000 children participating in more than 950 events at the UBS Kids Cup – an athletics competition for the little ones.

In order to offer an exceptional experience, UBS, in cooperation with Weltklasse Zürich, decided to offer something special to the 7-15-year-olds at the 24 cantonal finals and the Swiss final in Zurich’s Letzigrund: Like the real stars all runners were filmed. First in a close shot, afterwards their sprint and the whole race in slow motion. And best of all, in the end there was a personal video for each child, presented by the Swiss athletics star Mujinga Kambundji and a popular Swiss TV host. Shortly after the run, the participants could watch the finisher clip on-site on iPads and also at home.

The videos were shot by UBS employees and even by the children themselves. It was an event not just for the runners, but also for the volunteers of UBS, who kept this kind of job enrichment in their memories.

Postproduction took place in the iRewind video cloud, the personalization of the video was automated – only this way the short turnaround for several events could be guaranteed. Every event day videos of a total of 1’500 minutes were produced – 1’800 clips per day, and at peak times a video was published every 16 seconds.

New Feature: Customized Real-Time Dashboard Metrics
Scroll to top
We use cookies to analyse the views of our website. By using our website, you agree to such analysis.